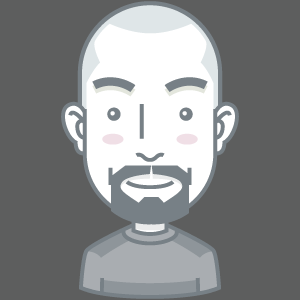 Once my spouse and I found our dream home, we needed to sell the older fixer-upper we currently lived in. To successfully sell our house quickly, we needed to complete a few remodeling projects. We wanted to attract the largest number of potential buyers as possible to our home. One great project to complete before putting your home on the market is paving your driveway. This project will immediately enhance your property’s curb appeal. For families with multiple drivers at home, installing a circle driveway is also a smart idea. On this blog, I hope you will discover the steps a paving contractor takes to give homeowners beautiful new driveways.

The problem of asphalt that has begun to crumble and decay with age is often corrected by the application of a new top layer of asphalt--one often referred to as an overlay. Yet the effectiveness of such overlays will prove short lived unless a tack coat is applied to the old asphalt. If you would like to improve your knowledge of asphalt repair techniques, read on. This article will provide answers to three frequent questions about asphalt tack coat.

What is the purpose of tack coat?

Put simply, tack coat acts to rejuvenate the outer layer of an old, worn asphalt surface. Such a surface actually contains much less asphalt than it should. Rain, oxidation from sunlight, and wear from passing vehicles all tend to wear away the asphalt binding material. This leaves behind the unprotected stone aggregate, which is thus more susceptible to breaking and crumbling away.

Not only that, but the exposed aggregate of old asphalt will have a much harder time bonding to an overlay. This will increase the overlay's susceptibility to such forms of degradation as spalling and raveling. Tack coat helps to replace and replenish the existing asphalt surface. This promotes a stronger bond with the overlay, thus ensuring a more durable and long lived repair.

What is tack coat made from?

Perhaps unsurprisingly, the principal ingredient in tack coat is asphalt. This asphalt, however, has been diluted in order to make it easily spreadable across the roadway in need of repair. This dilution may be accomplished using either water or chemical-based hydrocarbons. Tack coat made using such hydrocarbons is called cutback. Although cutback is highly effective, its use is gradually diminishing over fears about the environmental effects of the hydrocarbons used.

Tack coats that use water as their diluting agent as known as asphalt emulsions. Such tack coats present a much friendlier environmental option. Once applied, the tack coat is left undisturbed until the water has evaporated out of it. This leaves behind a uniform film of asphalt.

Should tack coat be used in every overlay project?

The simplest answer to this question is yes--after all, the addition of a tack coat is never going to hurt. Yet it is also helpful to acknowledge that the tack coat grows less important as the thickness of the overlay grows. Overlays thicker than four inches can safely go without a tack coat. However, those who want to promote the greatest possible insurance against future damage are advised to use a tack coat in any overlay project.